In the late summer of that year we lived in a house in a village that looked across the river and the plain to the mountains. In the bed of the river there were pebbles and boulders, dry and white in the sun, and the water was clear and swiftly moving and blue in the channels. Troops went by the house and down the road and the dust they raised powdered the leaves of the trees. The trunks of the trees too were dusty and the leaves fell early that year and we saw the troops marching along the road and the dust rising and leaves, stirred by the breeze, falling and the soldiers marching and afterward the road bare and white except for the leaves.

The plain was rich with crops; there were many orchards of fruit trees and beyond the plain the mountains were brown and bare. There was fighting in the mountains and at night we could see the flashes from the artillery. In the dark it was like summer lightning, but the nights were cool and there was not the feeling of a storm coming.

Sometimes in the dark we heard the troops marching under the window and guns going past pulled by motor-tractors. There was much traffic at night and many mules on the roads with boxes of ammunition on each side of their pack-saddles and gray motor-trucks that carried men,: and other trucks with loads covered with canvas that moved slower in the traffic. There were big guns too mat passed in the day drawn by tractors, the long barrels of the guns covered with green branches and green leafy branches and vines laid over the tractors. To the north we could look across a valley and see a forest of chestnut trees and behind it another mountain on this side of the river. There was fighting for that mountain too, but it was not successful, and in the fall when the rains came the leaves all fell from the chestnut trees and the branches were bare and the trunks black with rain. The vineyards were thin and bare, branched too and all the country wet and brown and dead with the autumn.There were mists over the river and clouds on the mountain and trucks splashed mud on the road and the troops were muddy and wet in their capes; their rifles were wet and under their capes the two leather cartridge-boxes on the front of belts, gray leather boxes heavy with the packs of clips of thin, long 6.5mm. cartridges, bulged forward under the capes so that the men, passing on the road, marched as though they were six months gone with child. 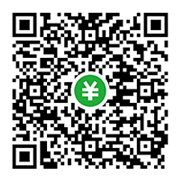 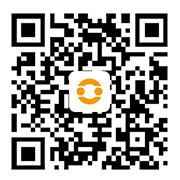